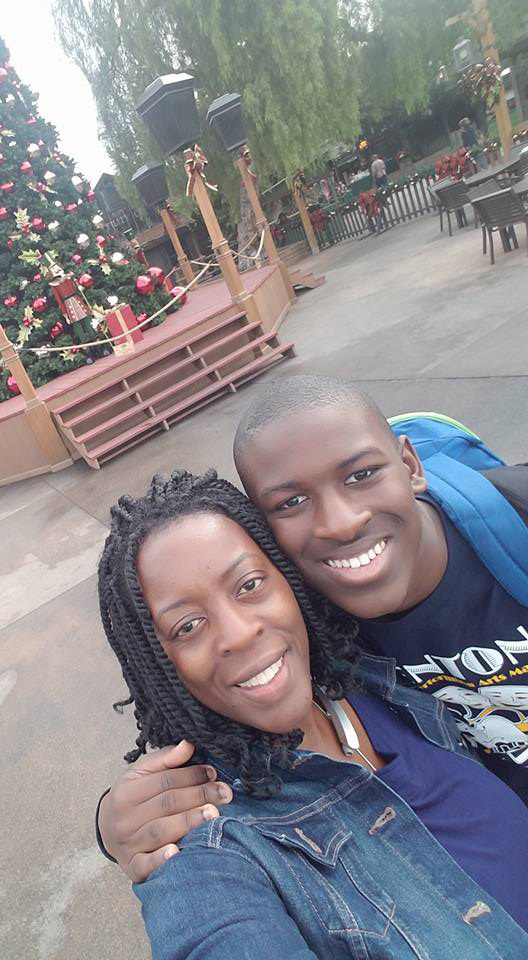 The idea for Thinkers for Autism came about gradually as I tried to find resources to help with my second child, who was diagnosed with autism at the age of two.

My story is the story of many parents who are facing the diagnosis of autism in a child. When my son was born, I was already an experienced parent of a seven-year-old daughter and chalked up the development delays as merely a matter of boys taking longer than girls to reach many milestones. When Jesse reached two, I started to be concerned about the things my husband had noticed for nearly six months. Concern prompted an evaluation with a medical doctor. After receiving a second evaluation, my husband and I finally had a name for the delays – autism.

Like many parents with a newly diagnosed child, I felt lost and alone. There wasn’t a place to go to talk with other parents and no set rules on how to go about raising our son to be the best he could be. We had so many questions and nowhere to find the answers. A social worker helped me set up speech therapy and shortly after OT (Occupational therapy). Unlike many families, my husband had insurance to help pay for these necessary resources. Jesse began to improve with the therapy. The preschool he attended was familiar with dealing with children on the spectrum and they helped him grow. This wasn’t to continue when he entered the public school system.

Many children with autism experience behavioral problems in addition to developmental delays. They become easily overstimulated and any new situation is a challenge. It wasn’t long before school officials suggested we place Jesse in a private school setting that was meant for children with special needs. My husband and I took the time to visit the proposed school and felt that the way things were run would end up harming our son more than helping him. We discussed an IEP (Individualized Education Program) with his current school and worked to include him in as many typical situations as possible to help him develop to his greatest potential.

Entering first grade was a challenge for Jesse. In addition to facing a new classroom and new teacher, my husband and father or my children passed away. It took several months for him to fully understand that his dad would no longer be coming home. I needed to deal with my own grief while trying to figure out how to help my children deal with theirs. I had nobody to turn to who could fully understand my situation. I had friends who tried to help and support me, but as most parents of autistic children have learned, it is nearly impossible to fully understand the challenges involved unless you have experienced it. Raising two young children as a single parent wasn’t the only challenge I faced. I now had to return to work outside the home to support my family.

I was soon to find that fighting the school system to get my son the education he deserved wasn’t to be my only battle. I found that reliable caretakers for my son’s breaks from school were even more difficult to find. I needed to work but parents can’t tell employers when they can and can’t work. Programs specifically for special needs children often cost more money than the average family can afford. They are also very limited in number. Placing a child on the autism spectrum in a program designed for typical children often places them under more stress, which creates behavioral issues that cause the programs to refuse further care. Raising a child with special needs becomes a life filled with constant fighting for your child, and it is almost always a lonely battle because many do not understand how to help.

Finding dependable childcare is always a challenge. When your child has special needs, this becomes almost impossible. You need to find someone who is understanding, patient and educated in the handling of meltdowns and the quirks that come with the disorder. I tried to find a place where Jesse could be safe during the summer months while I was at work. The camp I found was some distance from home, adding travel time to an already tight schedule. The change in the environment set off behavioral issues and Jesse faced attending a different camp the following year. While this time he managed to get through the summer without major problems, the next summer was a different matter. I was told that he could not return without someone to accompany him constantly. This is not something that is easily obtainable. Not only does insurance not cover such an arrangement in the majority of cases but parents don’t have the kind of money that is required to find a spot in a special camp for children on the autistic spectrum but they also don’t have the funds necessary to hire personal assistants who are qualified to deal appropriately with their child. The idea of creating a place where children like Jesse could find understanding was born.

Summers aren’t the only time that parents of autistic children find themselves at a loss. Even when there are two parents in a home, both often need to work to support the family. A single parent is in a worse place as they need to work, be available for what sometimes amounts to daily phone calls from schools and then they have no respite at night. Stress creates a situation that can be emotionally and physically harmful to both parent and child. Counselors often advise parents to take some time for themselves but that is impossible when your child’s behavior issues cause one provider after another to leave. Too often, work is missed and the parent is often faced with either leaving their child with unqualified individuals or losing their only source of income.

Understanding how important yet unavailable qualified care during weekends, summer and holiday breaks, and after school is, I set out to create a resource for parents. I envisioned a place where parents can get information, find resources and get respite care when it is needed. My goal in starting and growing this non-profit is to alleviate some of the stress inherent in the situation and create a resource that allows parents to see that their child is safe and cared for so they can take a moment to regenerate their inner resources and be better parents.

This resource also offers children on the spectrum a chance to be around adults who understand their special needs and are not so quick to see them as misbehaving. All volunteers will be educated in how to deal with children on the autism spectrum so that they can offer encouragement and understanding as well as work with these children so they are set up to succeed in a caretaker situation. This increases self-esteem, which translates into fewer meltdowns and the ability to develop appropriate coping skills. This then reduces stress on parents, school workers and caretakers. The circle becomes stronger.

With more children being diagnosed with autism spectrum disorders, I would like this non-profit to be a guiding light that will help other parents avoid the challenges my son and I have faced over the years.